The Best Mould Removers For Your Home (2022 Review)

In this guide we’ll look at the best mould removers.
We’ve compared formulation, size, ease of use and cost
to give you our top recommendations.

What is the Best Mould Remover? 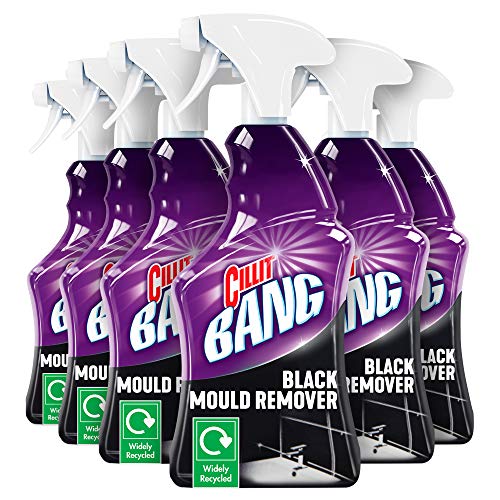 The Cillit Bang Black Mould Remover is the most powerful mould remover on the market, designed for deep set mould, dirt and grime. This cleaner destroys mould and eliminates 99.9% of viruses and bacteria, leaving your surfaces gleaming.

This mould remover offers 100% stain removal, giving visible results in seconds. It’s ideal for use in damp areas, and the powerful formula means there’s no elbow grease required. It leaves a fresh, citrusy scent that’ll have your bathroom or kitchen feeling brand new!

If you’re looking for the most powerful black mould remover on the market, the Cillit Bang Black Mould Remover should be top of your list! It arrives as a set of 6 trigger spray bottles, each containing 750ml of formula. 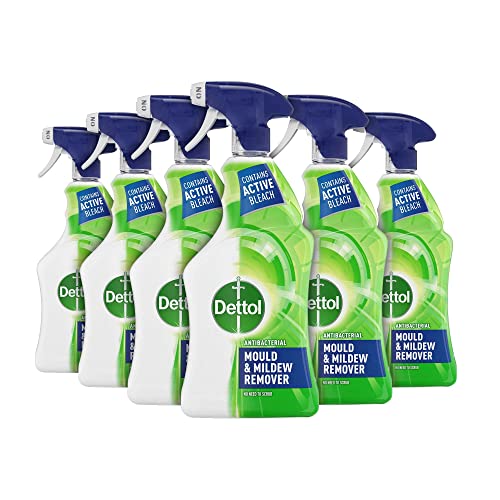 The Dettol Mould and Mildew Remover Spray is the best mould and mildew remover on the market. Specially formulated with powerful bleach, to easily remove ingrained mould and mildew, this spray is a must-have if your walls or surfaces are mouldy.

This spray kills up to 99.9% of bacteria and viruses, and there’s no need to scrub away at deep-set mould. It’s suitable for a huge range of surfaces, including ceramic tiles, grout, chrome and stainless steel, while it can also be used on toilets and acrylic bathtubs.

Not only does this spray remove mould, but it also helps prevent its regrowth. If you’re looking for the best mould remover for walls and surfaces, the Dettol Mould and Mildew Remover Spray is our top recommendation! 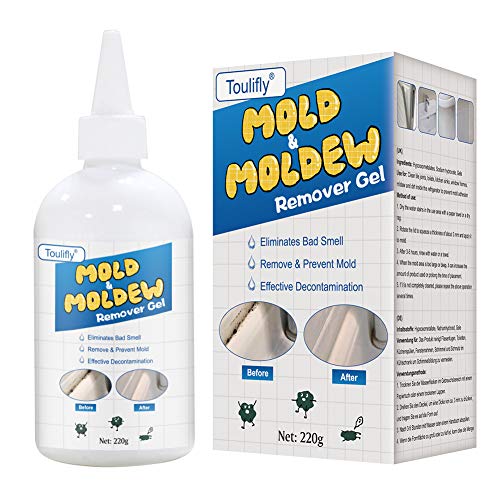 The Toulifly Mould and Mildew Remover Gel is the best mould remover gel on the market. This gel eliminates mould on contact from any wood, leather or non-porous surface. It can be used both indoors and outside.

Unlike mould removers that require a lot of elbow grease, this gel can simply be applied and left to do its job for 5 hours. It’s especially suitable for removing black mould, eliminating bad smells and discolouration.

If you’re looking for the best black mould remover gel on the market, the Toulifly Mould and Mildew Remover Gel should be top of your list! 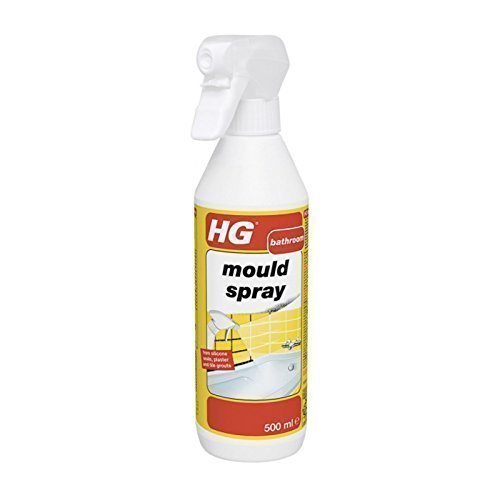 The HG Mould Cleaner Spray is the best mould remover spray if you’re looking to tackle both mould and unsightly green algae. This spray is perfect for bathroom walls and silicone seals, with a strong concentrated formula that works every time.

This cleaner arrives as a 500ml bottle of solution, which can tackle hard-to-reach areas. There’s no scrubbing required, simply spray onto the affected area and leave to work for a few hours. It can be wiped off afterwards with a damp cloth.

If you’re looking for the easiest to use mould cleaner spray for bathroom walls, the HG Mould Cleaner Spray is our top recommendation! 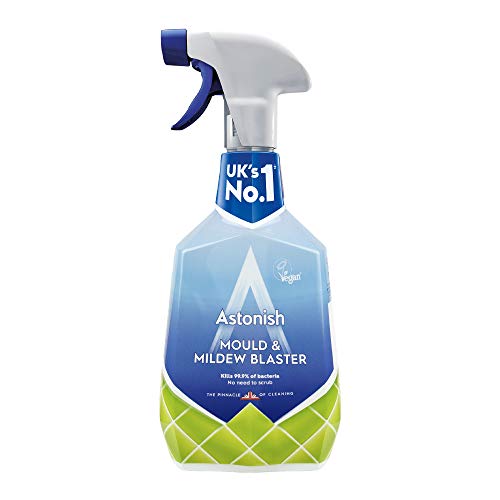 The Astonish Mould & Mildew Blaster is the best fast acting mould remover. This formula effectively kills unsightly spores and prevents regrowth. It removes both mould and mildew in just 2 minutes – perfect for a last-minute bathroom clean!

This remover can be used in bathrooms and kitchens, as well as any other area where condensation collects. It both eliminates mould and prevents its return, while also disinfecting the area.

If you’re looking for the best fast acting mould and mildew remover, the Astonish Mould & Mildew Blaster should be top of your list!

The accumulation of mould and mildew on your kitchen and bathroom surfaces is not only unsightly, but also bad for your health! The best mould remover spray will eliminate those nasty black marks and prevent them from returning, while disinfecting the area.

Not sure what to look for when it comes to the best mould remover? Take a look at this buyer’s guide.

A huge number of mould remover sprays contain bleach, as this is extremely effective at both removing mould and disinfecting the area. For stubborn and extensive areas of mould, a remover spray containing bleach can’t be beaten.

There’s also a number of bleach free and non-toxic mould removers on the market. These are eco-friendly and won’t have the harsh chemical smell of bleach. They’re also safe to use around kids and pets and won’t irritate your skin or eyes. However, bleach-free mould removers tend not to work on stubborn areas of mould, or mould which is deep into the silicone and grout.

Off the shelf mould removers are designed primarily for ease of use, with no hard scrubbing required! Most can simply be sprayed onto your tiles, walls or grout and left for a few hours before being wiped off.

The best fast acting mould remover will get to work in just a couple of minutes – perfect for a last-minute bathroom spruce up! However, these fast-acting removers often contain harsh chemicals, so it’s important you apply them with extra care.

How to use a mould remover?

The precise method will vary according to the remover you purchase. In most cases, you can simply spray the mould remover onto the affected area, leave it to work for the recommended amount of time, then wipe clean. You shouldn’t need to scrub the mould from the surface, and if you do, you may need to reapply the cleaner or purchase something stronger.

Remember to protect yourself from spores with safety glasses, long rubber gloves and a mask. This will also protect you from the harsh chemicals in the mould remover.

Sarah Bowen is a professional interior designer, with over 10 years in the industry. She created Spruce Up with the aim of showing people that the perfect home on a budget is more than possible. This site is filled with DIY tips, budget-friendly solutions and eco-friendly picks to help you create a home you’re proud of.