How to Get Rid Of Carpet Beetles for Good?

While people usually talk about bed bugs and dust mites, there’s another pest you want to remove from your home: the carpet beetle!

These beetles make holes in natural fibers, such as leather, wool, and silk.

How do you know that you have carpet beetles?

When you find holes in your upholstery, carpet, or clothing, that’s a sure sign you’re dealing with carpet beetles.

Bear in mind that if you’re finding carpet beetles inside your home, that’s a sign that their larvae and eggs are present, too.

With that in mind, let’s look at how to remove and prevent carpet beetles from your house for good. 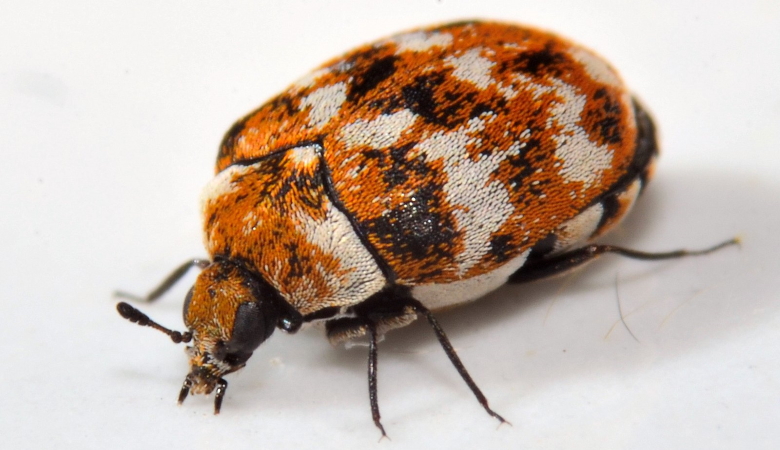 If you want to eliminate them, you first need to know what they look like.

Carpet beetles have oval-shaped bodies that are patterned with black, yellow, and white. Some have a bit of orange on them, too.

Where Should You Look For Carpet Beetles In The Home?

Although their name might make you assume they’re only found in carpets, the truth is that carpet beetles like to hide in secluded, dark areas of the home, so they can be found in beds, linen, drapes, and clothing.

Fabrics containing keratin, an animal protein, are what carpet beetle larvae are attracted to because they can easily digest them. These fabrics include fur, silk, feathers, leather, and wool.

Synthetic fabrics like rayon are not usually attacked by carpet beetles, unless they contain wool or are stained with food or body oils.

Beetle larvae will feed on fabrics where they won’t be disturbed by predators, so be sure to look for them in the folds of fabric, such as that of curtains.

While these pests are often confused with clothes moths, carpet beetles are different in that they can also infest foods, such as dried cereals and pasta, pet food, and seeds. These are therefore also places to keep an eye out for them in the home. 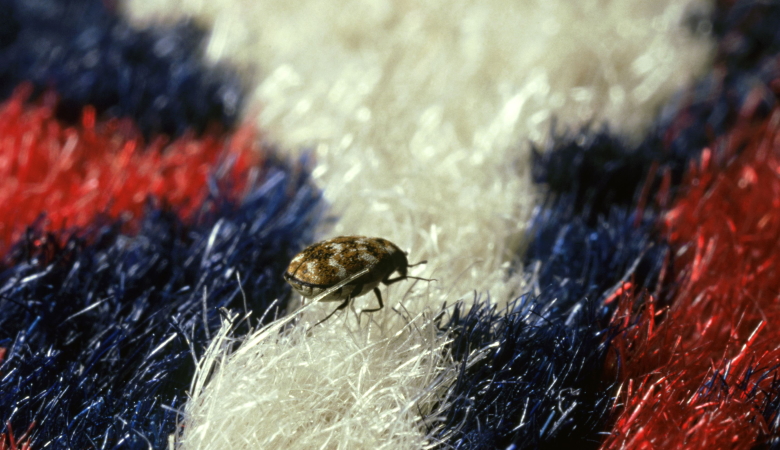 The good news is that you don’t have to worry about them biting you because carpet beetles don’t bite humans.

However, they can still harm you if you’re allergic to them because their hairs can irritate your skin, resulting in rashes.

The biggest danger about carpet beetles is that they will eat through various fabrics, damaging them. When carpet beetles reach maturity, they like to feed on flower pollen and don’t attack your fabrics.

However, you might find them on your window sills. It’s still good to remove the beetles from your home during this stage of their life because the females can lay between 50 and 100 eggs on or near various materials in the home!

They sometimes tend to lay eggs in unexpected places, such as on pet hair in air vents. If you allow them to lay eggs, you’ll continue having a pest invasion problem!

How To Eliminate And Prevent Carpet Beetles In The Home 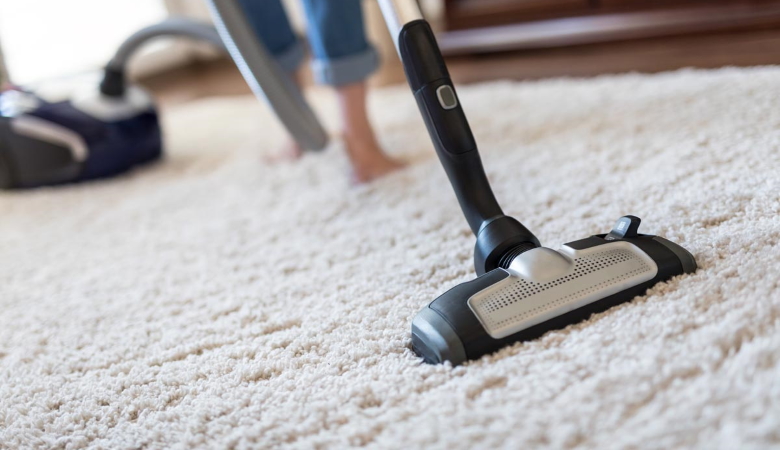 How Do Carpet Beetles Get Into Your Home? 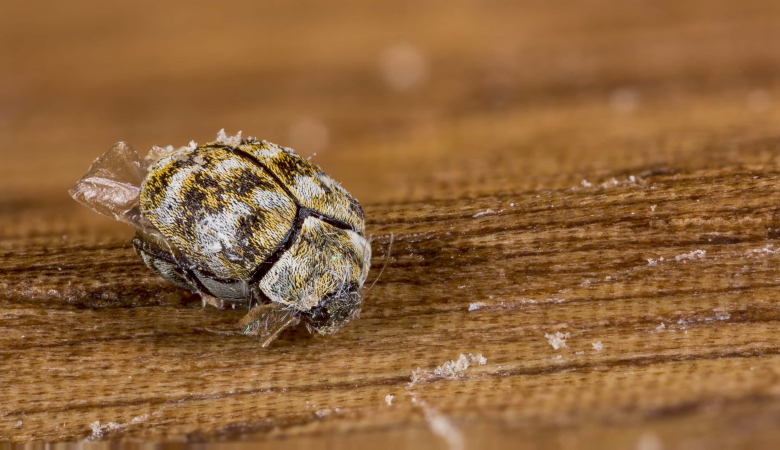 These beetles can enter your home in a variety of ways, such as via bunches of flowers or plants that you’ve brought into the home, via animal fur and skin, and by attaching themselves to furnishings or fabrics that you brought home without realising you were bringing home beetles too!

Since they can fly, they can easily enter small gaps in the home, which is why it’s important to seal any cracks.

Carpet Beetles Vs Bed Bugs: How Are They Different?

While they might be thought of as similar, carpet beetles and bed bugs are quite different. For starters, as mentioned earlier, carpet beetles don’t bite humans while you might know from experience that bed bugs do.

Here are some other differences between them.

How long do carpet beetles live?

Adult carpet beetles can live for between three and four weeks.

Are there different types of carpet beetles?

Although carpet beetles aren’t particularly harmful to human health, they can be very annoying and can damage upholstery or fabrics in your home.

If you see these small beetles in your home, you should try to remove them, such as by following the tips we’ve outlined in this article.

It’s also good to prevent them, and we’ve given you advice on how to do that so that you can keep your upholstery, furniture, and other items free from damage.