Some people complain that making chips in a halogen oven is a waste of time and money because it just doesn’t work.

But don’t be discouraged!

You can make delicious and beautiful chips in this type of oven, and there’s more than one way to achieve your goal.

Not only do halogen ovens come in small sizes to make them excellent space savers in the kitchen, but they can cook food much faster than a regular oven.

With that in mind, let’s look at how you can cook potato chips in a halogen oven in different ways and depending on the type of potato you want to use. 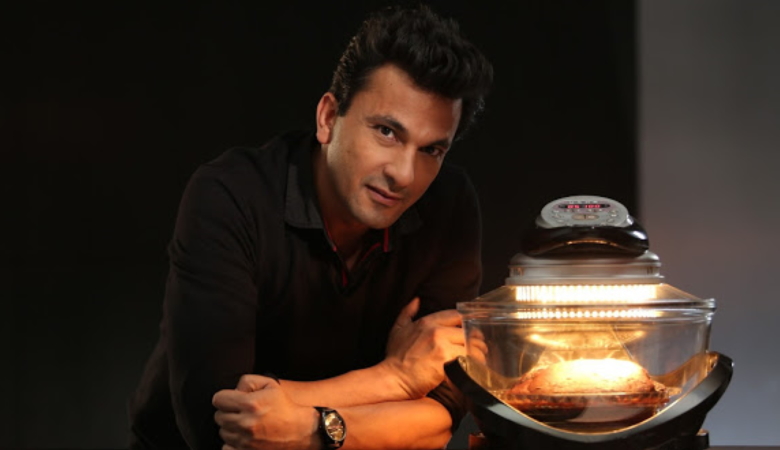 This is a really easy way of cooking potato chips in a halogen oven because you don’t have to first parboil the potatoes, so it’s perfect on days when you want to make a quick and delicious dinner.

Now, you might be wondering how you’re going to get evenly cooked potatoes if they’re too hard – you definitely don’t want them to be raw on the inside. Don’t worry. By tweaking the oven’s temperature, you can achieve beautiful chips that are cooked all the way through.

Here’s what you should do to make delicious halogen oven chips.

Note: this method is not for you if you don’t want a lot of fat content in your potato chips because the oil will soak into the potatoes.

You could try placing them on a paper towel after cooking them to release some of the oil, or you could try the next method of cooking potatoes in your halogen oven.

How To Cook Potato Chips With Less Fat 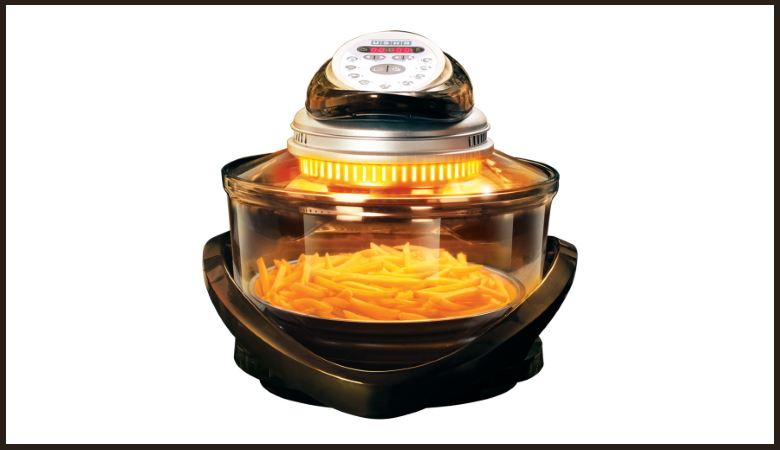 This way of cooking potato chips in a halogen oven will prevent fatty chips so they’re a healthier option, especially if you want to make potato chips regularly.

As you can see, the above method of cooking potato chips in a halogen oven starts with a higher temperature and then decreases it, whereas the previous method we outlined starts with a lower temp and increases it.

You might have to experiment with both to see which one delivers the best halogen oven chips.

How To Bake Parboiled Potato Chips In A Halogen Oven 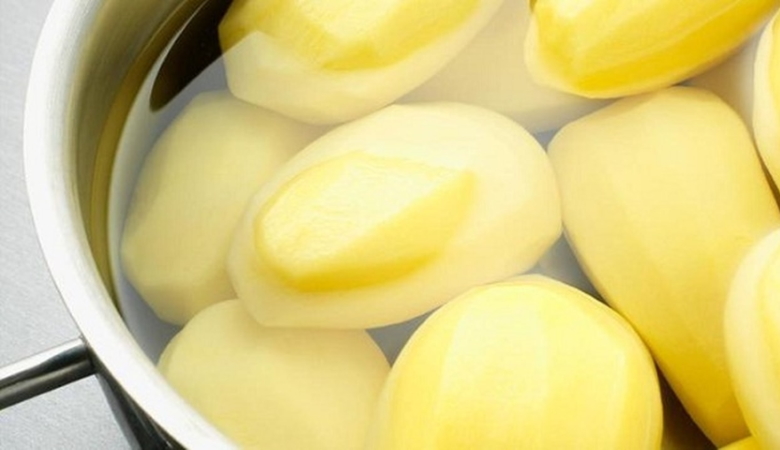 Maybe you’d rather play it safe and parboil your potato chips, especially if you’ve tried other methods of making chips in a halogen oven and you never get them soft in the way you want to. No worries, you can do this, and it doesn’t have to take a lot of time.

Here’s a cooking method that will work for you.

How To Make Baked Sweet Potato Chips In A Halogen Oven

If you prefer making sweet potato chips for your family because it’s the healthier option, you’ll be pleased to know that you can cook them in your halogen oven. Here’s what you need to do.

Extra Tips For Cooking Food In A Halogen Oven

Since cooking potato chips in a halogen oven results in shorter cooking times than what you’d experience when frying them in a pan on the stove, this can make them a bit healthier.

Halogen ovens also contain an emitter that releases infrared radiation, so large amounts of energy are transferred in a shorter amount of time.

This can help to decrease the cooking time of foods, which can also reduce process contaminants that are present in food as a result of cooking them at high temperatures.

Generally, cooking chips in an oven is better than frying them. But ultimately, what ingredients you use to cook or bake the potatoes are what matter the most, such as when it comes to the type of oil you use and how much you use.

Then, you also have to consider what seasoning and extra flavours you’re adding to the chips, such as salt and mayonnaise, as too much of those can quickly make your homemade chips unhealthy.

Can you put frozen chips in a halogen oven?

You can cook store-bought frozen potato chips in your halogen oven. You’ll use the same temperature and cooking duration as what’s written on the frozen chip package.

Do you need to preheat your halogen oven?

What makes cooking with a halogen oven even easier and faster is that you don’t need to preheat it.

Potato chips are a delicious treat for dinner, but if you want to cook them in a halogen oven you might have some reservations.

Not anymore. After reading this article, you now know how to cook tasty potato chips in this type of oven quickly and effectively.