Toilet Not Flushing – Here’s What To Do

Have you noticed how a toilet that won’t flush will always happen at the most inopportune time, like when you have a busy morning?

It’s a stressful occurrence, especially if you only have one toilet in the house.

Is it always a blockage that causes a toilet not to flush?

While this is a common reason for why your toilet won’t flush, there are some others to know about.

Let’s take a look at them so you can fix the problem and possibly save yourself from having to call a plumber.

We’ll also look at times when it’s best to hang up your toolbelt and reel in the professionals.

While you might assume that there’s something serious that’s causing your toilet not to flush, this isn’t always the case.

In fact, there are some common, easy-to-fix reasons.

Let’s check them out! 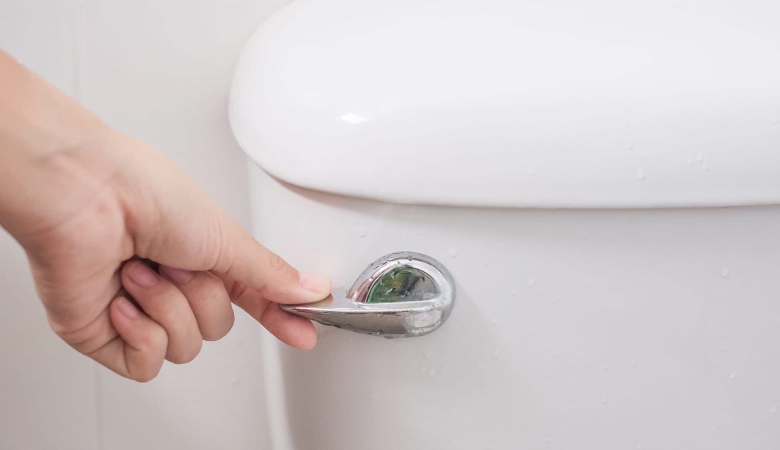 Luckily, this is really easy to fix.

You’ll know that the problem with your toilet is its handle if you don’t see or hear the water moving when you push the handle.

The toilet’s handle is connected to an arm and chain that lifts the flapper so that when you push down the handle the flapper is raised and this causes water to enter the bowl.

The problem with the handle could be something as simple as the chain having a broken link or even a loose nut so that the flapper and handle are not making contact.

You might find that the toilet handle has become stiff as a result of limescale build-up, which is common if you have hard water in your water system. To fix this problem, simply clean the handle so that it can work well again.

The Toilet Is Blocked

This is another common reason why your toilet won’t flush – it can’t flush because something is clogging it. You’ll see that no matter how much you try to flush the toilet, the bowl’s contents just won’t go down.

If the clog is rising to the surface, you could use a plunger to remove it. If the clog is not responding to your efforts, you’ll have to get your plumber in as he or she will be able to use a toilet auger.

You could use an auger yourself, though. Basically, this is a type of tool that contains a flange so you can seal it right against the drain opening in the toilet to create enough suction to remove whatever is clogging the toilet.

Here are some tips to bear in mind when unblocking a toilet:

There Are Blocked Inlet Holes

This is another type of blockage that can cause your toilet to not flush.

These holes are located underneath the toilet bowl’s lip. So, when you flush the toilet, the water will come out of these holes, but they can become blocked.

You’ll know this is the reason why your toilet won’t flush properly if there’s no water coming from the sides of the bowl when you flush it, or if the water tends to move straight down instead of in a diagonal way.

To unblock these holes, you’ll first need to confirm that the inlet holes are, in fact, blocked. You can do this by holding a mirror underneath the toilet seat to closer inspect the inlet holes.

If they’re clogged, you’ll have to do the following to unblock them:

You should consider installing a water softening system in your home to prevent this problem from occurring in the future.

The Flapper Is Damaged 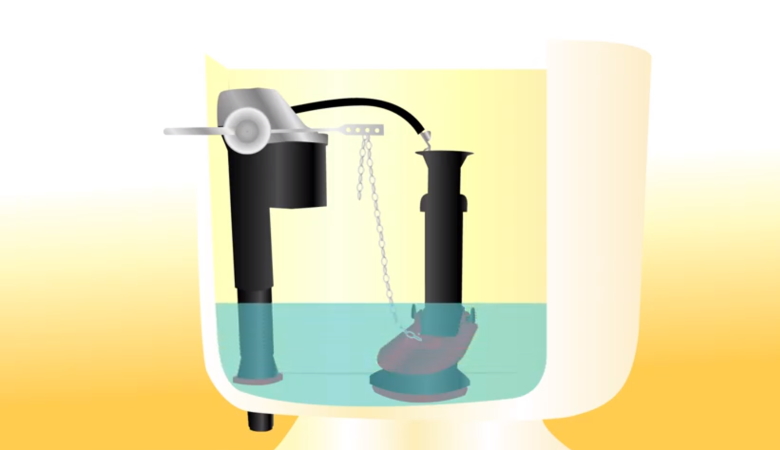 Earlier, we talked about the toilet flapper.

This is made of rubber. How it works is that when the toilet gets flushed, the flapper releases water. It then has to shut off the water intake hole so that enough water will be left behind in the tank.

You should check your flapper chain to be sure that it’s got enough length to prevent it from becoming too slack or not have enough slack. A good tip to bear in mind is that the chain needs about half an inch of slack.

If you need to adjust the chain’s length, you’ll have to remove the chain and then hook it to a hole that’s closer (or further away) from the flush lever.

Now, if the flapper is damaged, this could be why your toilet just won’t flush. You will have to replace the flapper. Bear in mind you’ll have to turn off your water and also drain the toilet tank before replacing the flapper for a new one.

If you’re inexperienced with this task or you’re unsure of what to do, you should call a professional plumber.

The Toilet Tank’s Water Level Is Too Low

When you check the toilet tank and see that the water is too low, this could be the problem. Your toilet needs to have a lot of water so that it can flush properly. Not enough water in the tank means that there won’t be enough water that enters the toilet bowl.

How much water should be in the tank?

You’ll see that toilet manufacturers usually make a mark on the interior of the tank so that you can see how much water the tank requires.

What should you do if the water level is too low? You will need to adjust the tank’s float ball. You’ve probably seen this large rubber ball that moves up as the water level in the tank rises so that it can prevent water from flowing into the tank.

It might help to make a bend in the float ball’s arm so that you can increase the ball’s elevation as it will ensure that more water can flow into the toilet tank.

If your toilet tank has a floating cup ballcock instead of a large rubber ball, it will have an adjustment screw located on the fill valve. You can easily turn the screw clockwise so that the float will be raised.

Toilet Not Flushing: When Should You Call A Plumber?

If you’ve tried to fix the problem that’s causing your toilet not to flush but it’s still there, you should call a local plumber who will be able to get to the root of the problem.

Another instance in which it’s best to contact a plumber is if the reason for your toilet not flushing is as a result of your toilet having a bad drain pipe design.

If this is the case your toilet would have had a slow flush from the beginning. Toilet drains require a downward slope in their design so that the water can flow down the bowl, through the pipes, and then into the main sewer line.

If the downward slope isn’t present, the water will accumulate in the pipes. A plumber will be able to check the drain pipe and ensure it can be adjusted if necessary.

Should you use an electric auger to unblock a toilet?

While this is available, you should not use an electric auger. This is reserved for use by professional plumbers as it could scratch and damage your toilet bowl.

How do you remove a toilet handle?

You will need to unscrew the nut that keeps the handle in place, but note that it’s reversely threaded so you need to turn the screw clockwise in order to loosen it.

While it’s frustrating to have to deal with a toilet that won’t flush, it’s not always a serious problem.

As we’ve seen in this article, there are many reasons why toilets battle to flush and some problems that you can fix yourself.